Merfangle is a record company created to promote the work of the remarkable Clarinet & Saxophone virtuoso  Julian Marc Stringle . Merfangle launched with the ‘smooth jazz’ album ‘Sundance’. They followed with two jazz-funk albums ‘LA Sunset’ & ‘Blues for the Morning After’ by Julian & his Latin influenced ‘Dream Band’ before releasing his vocal debut album ‘A Time for Love’ .

In July 2020 Merfangle will release 'LIVE AT CHICKENSHED'  a nostalgic ‘live’ album featuring Julian with the Dream Band and superb vocalist Jacqui Hicks performing at London's Chickenshed Theatre . Completion of ‘It’s Clazzical’ Volume 2 has been delayed by the Covid 19 catastrophe and will not be released until  Autumn 2021 .

However, due to popular demand we might well have to re-release Julian’s debut vocal album ‘A Time For Love ‘ ! 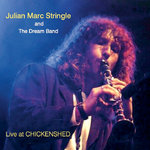 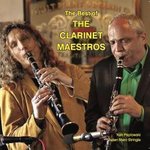